I want to earn your trust

This page is intended to help build trust with fellow activists. It’s like a resume for my activism intended to illustrate that I’m down with the cause and worthy of trust.

Of course this could all be an elaborate fiction created with deep fakes and other such technical wizardry. Always be skeptical. 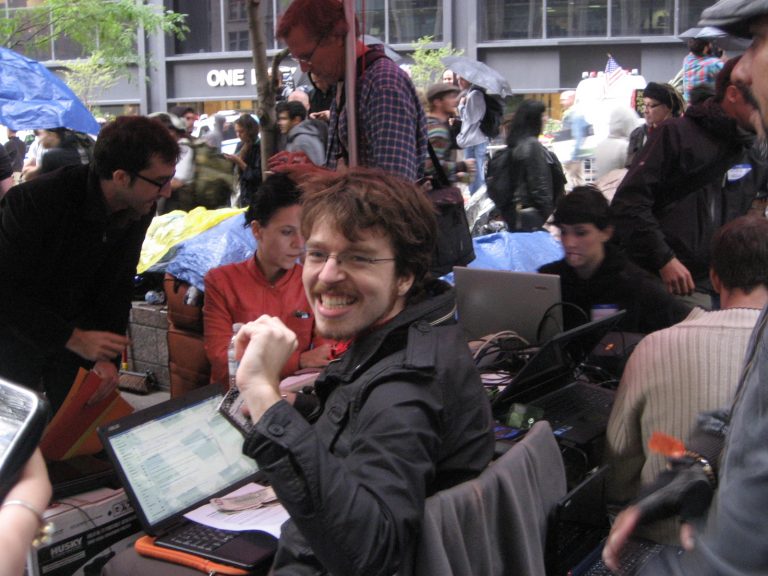 That’s my little baby face back in 2011. I worked with #OCCUPYWALLSTREET in NYC. I found myself of the 2nd General Assembly months before the September 17th occupation. It was held at the Irish Potato Famine memorial in Manhattan. It was the first time I ever experienced a consensus meeting.

I offered to create a website for the New York City General Assembly (NYCGA) which was what we called the group organizing the occupation.

Here is an archived early version of the website hosted at nycga.cc (There are some funny/sad stories about this site)

Later we moved to nycga.net and installed a social network (buddypress) here’s an archive of my user profile.

Here’s an interview about the site in the Atlantic.

I went hard with Occupy until it morphed into Occupy Sandy where I did much the same work but focused on disaster relief.

After burning out and taking some time off I left NYC and got involved with Agile Learning Centers, here’s my blog (it’s insecure for some reason, you’ll have to click advanced and proceed)

I came to Denver to build a cooperative called Good Good Work (it ended up falling apart).